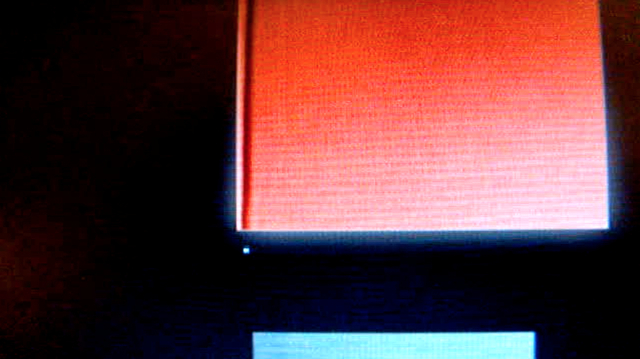 Intermediate Geography (2013)
When a book is digitized does it unwillingly give up its soul? Or does it leap away from its bodily prison with gratitude? Intermediate Geography, a shuffle of spectral digitized book covers, takes up these questions. If the future will be weightless and in HD, does the past become a stuttering, low-resolution, digital ghost? 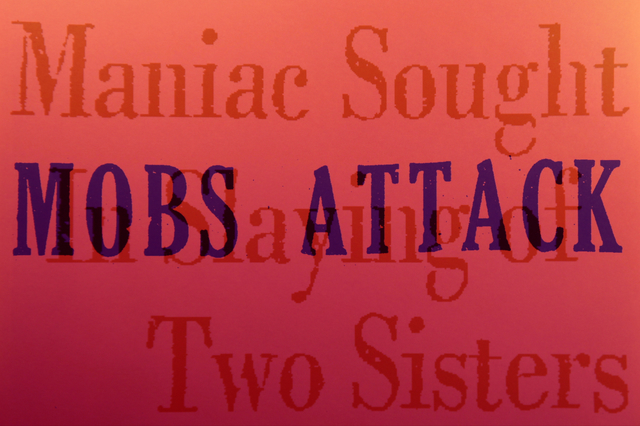 Bad News (2013)
Using headlines from U.S. newspapers of the 1920s and 1930s, Bad News explores the role of excitement, boredom, and amnesia in our reception of the news. Whether it's a murder in one's hometown or a typhoon in a faraway country, we are exhilarated by bad news. Yet, once the calamity recedes in time, we move on and forget. What residue, if any, is left from our "digestion" and "processing" of disasters?

Bad News' protracted unfolding contrasts with the instantaneity of our current mediascape and frantic consumption of tragedy. The old saying that "nothing is old as yesterday's news" is rendered quaint in the landscape of Twitter and 24/7 broadcasting. With the multiplication of channels through which we can now receive bad news, the need to forget grows. We need to make room for the next influx of catastrophes. "More news on Fukushima? Wasn't the tsunami in 2011?!" 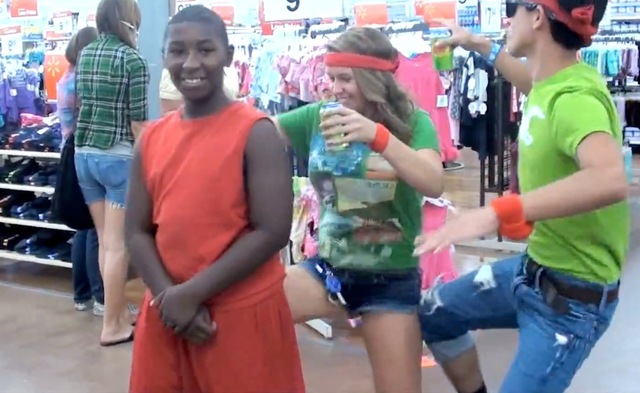 Drop It Like It's Hot (2013)
"The white man can never win another war on the ground. His days of war - victory - his days of battleground victory are over. Can I prove it? Yes. ... Up in French Indochina, those little peasants, rice-growers, took on the might of the French army and ran all the Frenchmen, you remember Dien Bien Phu! The same thing happened in Algeria, in Africa. They didn't have anything but a rifle. The French had all these highly mechanized instruments of warfare. But they put some guerilla action on. And a white man can't fight a guerilla warfare. Guerilla action takes heart, take nerve, and he doesn't have that. He's brave when he's got tanks. He's brave when he's got planes. He's brave when he's got bombs. He's brave when he's got a whole lot of company along with him. But you take that little man from Africa and Asia; turn him loose in the woods with a blade. A blade. That's all he needs. All he needs is a blade. And when the sun comes down - goes down and it's dark, it's even-Steven." -Malcolm X "The Ballot or the Bullet" 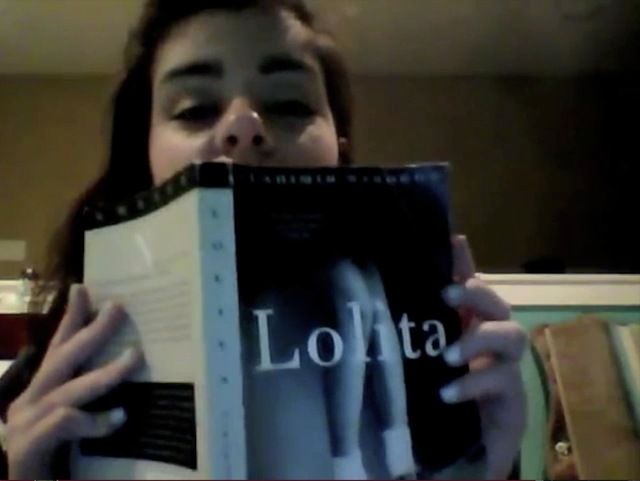 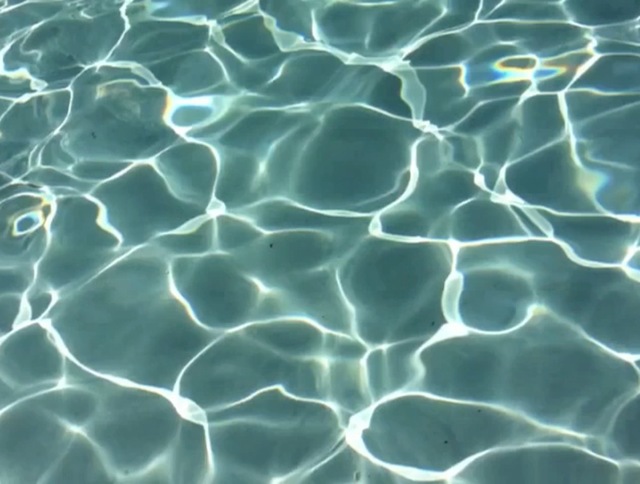 Knock Knock (2013)
Despite the soothing corporate promises of limitless luxury (Acura), human security (Geico), and greater crop yields (Monsanto), precarity shapes our melancholy national landscape. Meanwhile Facebook preaches the joys of connectivity and community to the not-so United States of America: "Dance floors. Basketball. A great nation. A great nation is something people build so they can have a place where they belong." In Florida,the issue of belonging and safety hovered over the trial of the man accused of murdering Trayvon Martin, a 17-year old African-American who was walking through a gated community. Speaking to the jury in his opening remarks, Zimmerman's defense attorney noted that: "Sometimes you have to laugh to keep from crying. ... I'd like to tell you a little joke. I know how that may sound a bit weird, in this context, under these circumstances....Knock knock." Who's there? An excellent question. 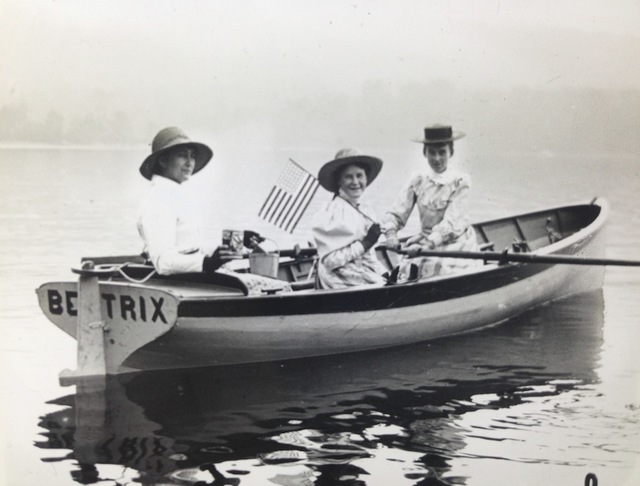 Beatrix (2013)
BEATRIX: English and German form of Beatrice, from Latin "bringer of joy." Possibly a variation on "pilgrim" from Viatrix, a feminine form of the Late Latin name Viator meaning "voyager, traveler." A common name among early Christians, the spelling was likely altered by association with the Latin beatus "blessed." Viatrix or Beatrix was a 4th-century saint who was strangled during the persecutions of Diocletian. The name was rare in England after the Middle Ages but it was revived in the 19th century. 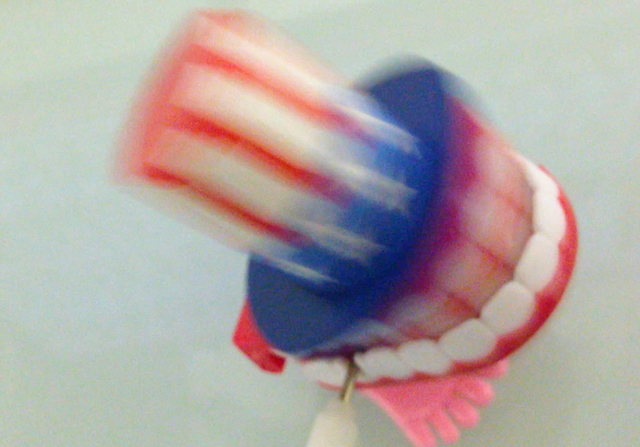 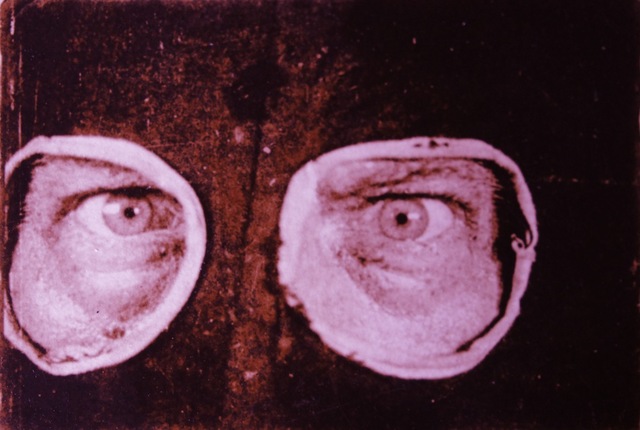 The House of Hate (2012)
Premiering in March 1918, The House of Hate was a silent film serial of 20 episodes. The serial is presumed lost, though an incomplete copy survives in the Gosfilmofond archives in Russia. The House of Hate(2012) begins with a montage of film stills taken from a 1918 postcard advertising the original serial. 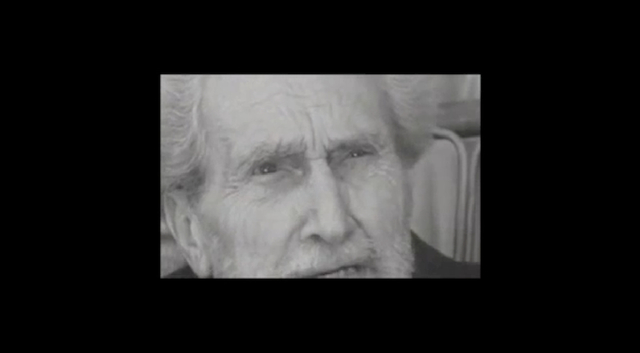 "It should not be necessary to argue at any length that Pound's slogan "Make It New" is the most durably useful of all modernist expressions of the value of novelty. ... The crucial fact to begin with is that the phrase is not originally Pound's at all. The source is a historical anecdote concerning Ch'eng T'ang (Tching-thang, Tching Tang), first king of the Shang dynasty (1766-1753 BC), who was said to have had a washbasin inscribed with this inspirational slogan. ... Given the nature of the novelty implied by the slogan, it is appropriate that it is itself the result of historical recycling. This was a fact that Pound himself always tried to keep in the forefront by using the original Chinese characters and letting his own translation tag along as a perpetual footnote. The complex nature of the new--its debt, even as revolution, to the past, and the way in which new works are often just recombinations of traditional elements--is not just confessed by this practice but insisted on. This is what makes the slogan exemplary of the larger modernist project, that by insisting on the new it brings to the surface all the latent difficulties in what seems such a simple and simplifying concept." Michael North, Novelty: A History of the New (Chicago: University of Chicago Press, 2013) 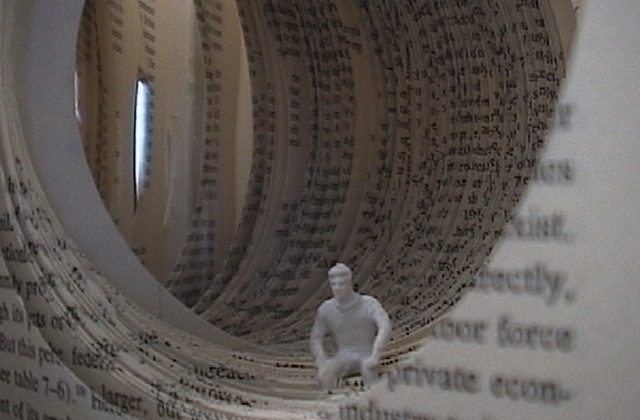 In a cold winter...
"In a cold winter, why not burn books?" -George Christoph LichtenbergVideo created for 2002 M.A. Book Arts degree show at Camberwell College of Arts (London). 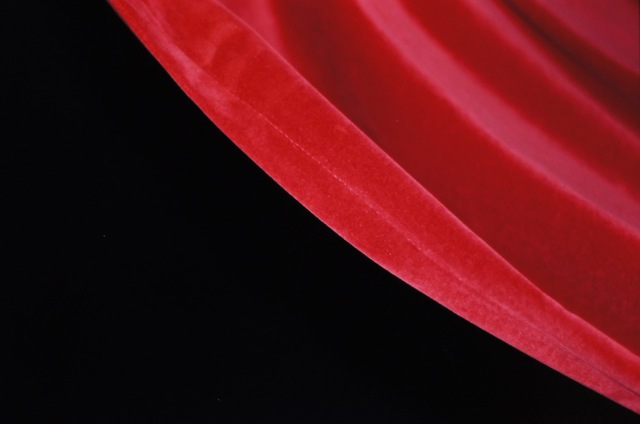 You have no moral fiber
Excerpts of an audio installation created for the 2002 M.A. Book Arts degree show at Camberwell College of Arts (London). Visitors passed through a series of red velvet curtains to reach a blacked out room where they were subjected to the rantings of the Sunrise Preacher.